The first flush count of the winter this morning put up a total of 22 snipe, all common. All bar one (Hay Meadow) were in Big Meadow. A reasonable tally for this point in the season. The marshes are very dry, the recent rains clearly still replenishing the water table after the summer’s drought. Other notable sightings: two dunnock flying along the Upper/Lower Sowerholme boundary and a jay in Pony Wood. And something unidentified rustling amidst the phragmites which are now quite dense in parts of Upper Sowerholme.

A brown hare tore off across the Grammar School Field as we entered this morning on a ragworting mission. Later, in Upper Sowerholme a heron flew off. 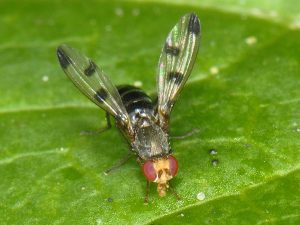 In previous years, the first flush count of the winter has netted fewer than 10 snipe.  This morning we recorded 23! There was one in the Hay Meadow and four in School Pond,. The remaining 18 were noted in Big Meadow. Interestingly, all bar one of these flew up from the northern part of the marsh, where the rushes are young and green following the recent management.  (This is where Ian N. took the snipe photograph he posted a few days ago.) Not many other notable birds around, although a meadow pipit took off from the northern end of Big Meadow marsh. On a lovely sunny and deceptively warm day, the Hay Meadow marsh was busy with insects. A Comma butterfly was spotted in Upper Sowerholme and a Red Admiral by School Pond.

The final flush count of the winter yielded just 16 snipe: one in the Hay Meadow, one in Upper Sowerholme, six in School Pond, five in Big Meadow and – for the first time – three in Lower Sowerholme (Willow Tree Pond). But whilst the snipe are moving on now, there were plenty of other birds about. A chiffchaff was singing in the trees around Upper Sowerholme. BIg Meadow yielded a mistle thrush, meadow pipit, male reed bunting, blackbird, moorhen and two mallards. There were another two mallards swimming on the pool in Upper Sowerholme. Flying over the reserve were a heron, buzzard and sand martin. There was just one female teal in School Pond, but her behaviour suggested that she could have a nest.

The wonderfully sunny and almost warm conditions suited the flush counting team this morning. And the snipe too must be finding conditions more to their liking. In contrast to the disappointing figures recently, today’s count set a new record.  Snipe were coming up so thick and fast and in all directions that it was almost impossible to keep track. And there may be some double counting as birds disturbed in School Pond settled into Big Meadow only to be disturbed again. But the tally of 160 snipe (7 of them jack), comfortably tops the previous high of 119 from 2nd February last year. The breakdown was Hay Meadow 6; Upper Sowerholme 1: School Pond  82 common and 3 jack; Big Meadow 64 common and 4 jack.

In addition we noted: 13 teal, 2 mistle thrush and 2 mallard in School Pond; 2 water rail along Lucy Brook in the Hay Meadow; 3 mallard on Friars Pond in Big Meadow and a meadow pipit; a great tit calling loudly from the south end of the Orchard.  To round things off nicely, there was a glimpse of a brown hare keeping a low profile in the Big Meadow marsh.

We delayed a week because of strong winds and I was starting to think we would have to do so again. But it’s the southern part of the country that has born the brunt this time and so we ‘just’ had to combat a rain squall and more water underfoot than ever. A more rewarding snipe count this time: 80 snipe overall, double last month’s number. Breakdown: 1 found in Flora Field, 1 in Upper Sowerholme, 4 in the Hay Meadow, 19 in Big Meadow (including 1 jack) and 55 in School Pond (3 of them jack). In addition. there was a moorhen on School Pond and 8 teal in Willow Tree Pond (Lower Sowerholme). Later the same group of teal flew up as we entered the Big Meadow marsh and headed back in the direction of Lower Sowerholme.