This morning I saw a heron quietly hunting along the banks of Lucy Brook, at the back of the Aldcliffe gardens, just to the south of the old Oak tree. Probably the one Drip commented on yesterday. It stared intently into the brook, and after a few minutes darted its beak into the water. There were two flashes of silver from around its beak and the heron retreated back from the edge – to digest something? Had it actually found a fish? It moved on a little, and got something else, more from the opposite bank than in the water. Unfortunately too far away and too many intervening branches and leaves to get a clear view. But again it appeared to have found food, possibly entangled in some twigs – a frog? After a while it flew off through the Hay Meadow, and appeared to sweep back to land further down the course of the brook.

Here are a couple of flowers not observed on the Reserve before. 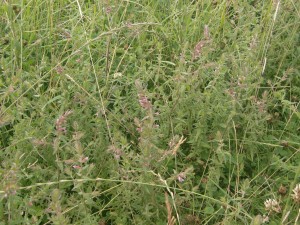 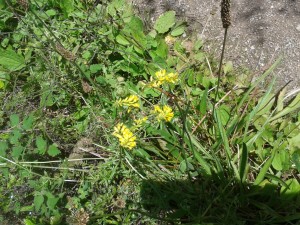 A few more flowers observed this afternoon. The first two may be garden escapees but to me they are certainly flowers and ‘in the wild’! 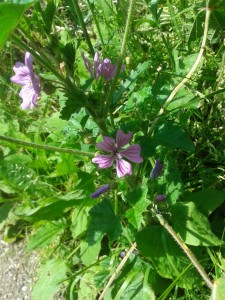 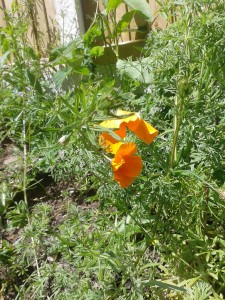 Spear thistle by the Pads footpath 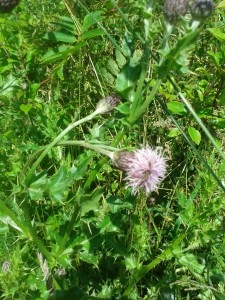 Cleavers in the Orchard 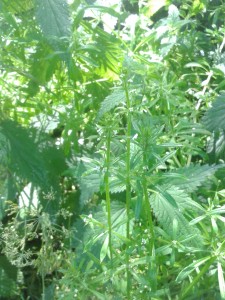 Red dead nettle in the Orchard 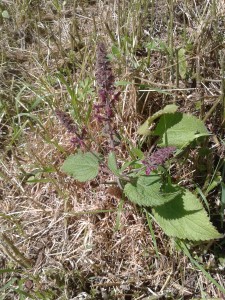 Today’s snipe tally was double the number recorded for early March in the past two years. A total of 81 birds, of which 6 were positively identified as Jack snipe. The Hay Meadow took us by surprise as five snipe took off right away, followed by another three. Eight is most we have found in this field. This marsh is really boggy now with loads of standing water. Perhaps they prefer these wetter conditions? Upper Sowerholme yielded seven common snipe. School Pond – more pond than rushes at the moment – provided the first Jack of the day as well as 25 common snipe. Then in Big Meadow we counted 35 common snipe and a further five Jack.

Only one woodcock today, as usual in the brambly corner of Upper Sowerholme. But lots of other birds to compensate:

Whilst working in the fields this morning we came across the first frogspawn of the year in the cattle crossing of Lucy Brook and the farmer was delivering sheep with their very new lambs to the fields adjacent to West Field.

The woodpecker was hard at work in trees near the Orchard, a heron flew up from the Flora Field and we saw two song thrushes in the Flora Field hedge, plus the flock of linnets along the Long Pads footpath.

There is lots of water cress in Lucy Brook where it seems to thrive. I also noticed euphorbia on the Pads footpath and I don’t think we have mentioned the broom in flower in the Orchard.

On the Lucy Brook edge of the Hay Meadow about 20 metres down from the Cromwell Road gate there is a dense thicket of brambles, dead branches and other vegetation. There were five wren chicks there this afternoon. Much of the time they perched clustered together on one of the branches looking like a big ball of fluff until they opened their beaks or one decided to climb on top of the others. Meanwhile the parents were flitting back and forth a short distance into the marsh to bring back food. A pair of blackbirds have also been entering the depths of the same thicket, beaks loaded with nesting materials. So hopefully some baby blackbirds too … Lots of noise and activity along this ‘hedge’ line at the moment. Although all suddenly went quiet and everything disappeared as the jay flew past along the brook.

This bird seems to spend a lot of time in Lucy Brook where it runs along Willow Lane and the back of the west field in Flora. Disturbed it again in this area this morning. As we then turned the footpath corner into Fauna it took off from Big Meadow and flew access the reserve before settling down in School Pond.

Earlier this evening there was a tawny owl calling from the top of the (virtually) dead oak tree by Lucy Brook, just south of the Cromwell Road gate. It flew off with a downward trajectory and looked to be heading for the marsh. Had it spotted for supper one of those field voles whose traces we had noticed during the last flush count?