A lot of standing water in the marshes this morning, and challenging depths of mud for the team in places. 90 snipe counted. The Hay Meadow and School Pond yielded one apiece, Upper Sowerholme two. All the rest were in Big Meadow, 21 of them jacks. This is the highest January total since 2014.  Two ravens flew overhead as we left Big Meadow for the Fauna path.

The heavy rain kindly eased as we started the count this morning but we were walking though a lot of standing water in the marshes. The snipe however seemed quite happy with the conditions on the reserve, with an excellent total of 81 flushed (breakdown: Hay Meadow 1 common; School Pond 19 common and 1 jack; Big Meadow 45 common and 15 jack). The difference in the behaviour of jack and common snipe was very marked. Common snipe can go up en masse, many metres away. The team were taken by surprise when barely entering School Pond caused a group to burst out of the rush and scatter. Impossible to be confident of exactly how many, so the consensus was 15.  In contrast, jacks hang on until the last moment and so tend to go up singly. Most were found at the end of the route through Big Meadow, and seemed to be favouring the clearing areas within the marsh. Several times a jack snipe narrowly avoided being trodden on by the next step.

The count scheduled for the start of the month was postponed because of heavy rainfall. The marshes remain extremely wet. With the weather still mild, a digger working on Alder Pond at the top of the Big Meadow marsh and most of the cattle in School Pond, we were not optimistic about snipe numbers today. But the overall tally of 57 (including one jack) was at the higher end for this time year. All bar one which flew up from School Pond were flushed from Big Meadow.

A total of 14 snipe were flushed by the team on Monday. All from Big Meadow and all common (it is a bit too early for the jack snipe).

The scheduled final flush count of the winter took place this morning. Much colder and drier under foot than last week. A total of 30 snipe, the most this late in the season since April 2015. 25 in Big Meadow, 5 in School Pond. The main point of comment was the high number of jack snipe – comprising a third of the total, all in Big Meadow. (Not as marked, but the proportion of jacks last Monday was also unexpectedly large at just under a quarter.)

The team made a return to the marshes this morning for the March snipe count. Seriously delayed, but thankfully not cancelled like January and February. Heavy going over the very wet ground. However the snipe seem quite happy with the conditions as there were a fair number still around this late in the season. 38 flushed overall, eight of which were jack. 10 of the birds –including one jack – in School Pond, the rest in Big Meadow. An encouraging showing of  meadow pipits: 2 in Hay Meadow, 2 in School Pond (plus a moorhen) and three in Big Meadow. Graham also reported a brown hare in West Field seen on his reserve inspection prior to the count.

It’s impossible to predict how any one count will go: there does not seem to be any obvious pattern. This month’s December tally is on the smaller side. In fact the lowest so far this year at 32 snipe including 2 jack. 28 of them were in Big Meadow, 3 in School Pond and a solitary bird in the Hay Meadow. Whilst Upper Sowerholme was devoid of snipe, it did yield 6 fieldfare, a kestrel and 6 teal (probably the same ones spotted earlier on Willow Pond by Graham during  his reserve inspection). There was a reed bunting in School Pond; a heron and curlew seen in Big Meadow.

Exceedingly wet underfoot, but at least the rain and wind had abated. A decent tally of snipe – 46 counted in all. 12 in School Pond, 33 in Big Meadow (including 2 jack) and a solitary bird in Hay Meadow. A female pheasant and four meadow pipits were also spotted in Big Meadow.

A total of 50 snipe (3 of them jack) were flushed by the team in Big Meadow this morning (nothing in the other fields). An excellent total for this early in the season, although not quite a record. 6 meadow pipets were seen. also in Big Meadow. 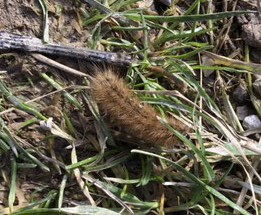