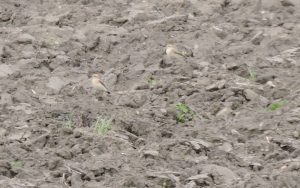 Walking around Flora field we saw 6 wheatears (2 in above photo), plus a lapwing in big meadow (see below) and a busy blackbird. 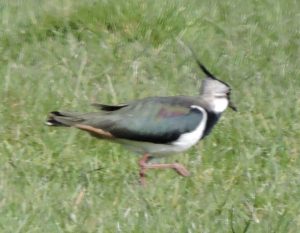 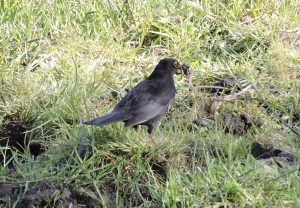 Good variety of birds seen on an afternoon walk. Most spotted on the Pads from the canal. Wrens, a thrush, chaffinches, great tits,sparrows, crows, blackbirds, a robin, all seen going down to the orchard, plus a good display by two lapwings over the arable field. A large flock of goldfinches seen just before the orchard. 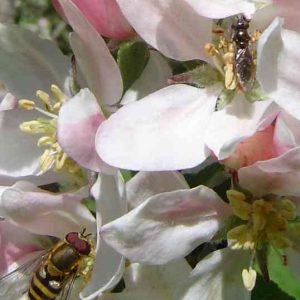 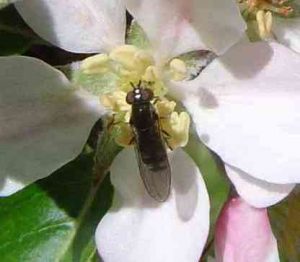 Another new calf, born either yesterday or this morning.  Both mother and calf well and judging by the size of mother’s udder the calf should thrive!  Also a brown hare in Pony Wood, two  Lapwings and one Oyster catcher in FLORA field. 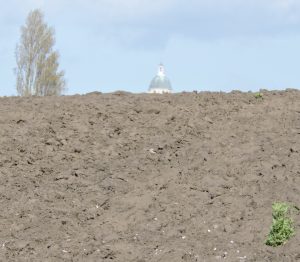 Walking around Fairfield this afternoon we saw a meadow pipit in the Alder tree, plus this wheatear in the arable field (centre of picture) 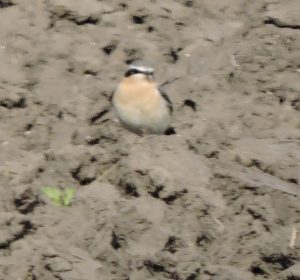 Wheatear numbers are down, so far, this year because the weather conditions are making it difficult for birds to cross the Channel.

We also saw a kestrel quartering the arable field and a song thrush in the field. 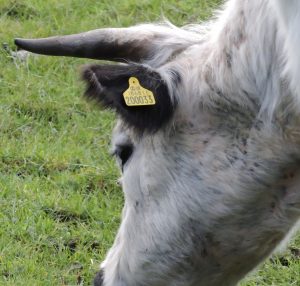 A song thrush is singing in the rain on the border of Lower Sowerholme and Aldcliffe Rd gardens.

Two brown hares observed at the gate between the Fauna path and the eastern gate into the Grammar School Field. They disappeared under the hedge and possibly across the Hay Meadow before I could follow them.